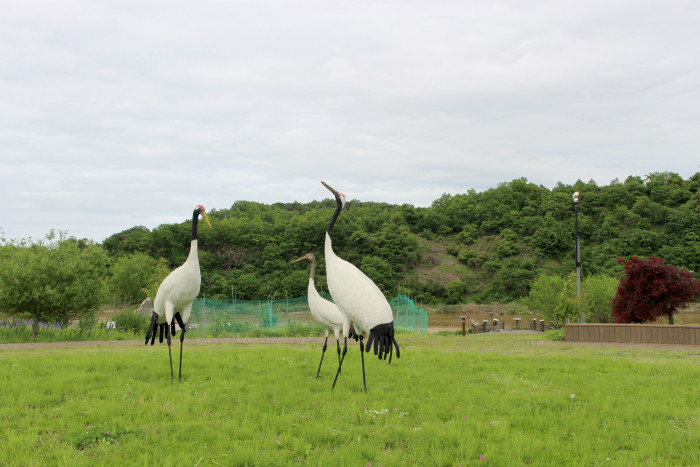 Since a long time ago, Koreans have believed that a person would obtain sound health, long life and good luck if he or she sees a crane, which is also known as the type of bird that Taoist hermits with miraculous powers, or sinseon in Korean, used to ride, according to myths. Natural Monument No. 202, cranes are being protected since they were designated as a Level 1 endangered wild species in May 2012. 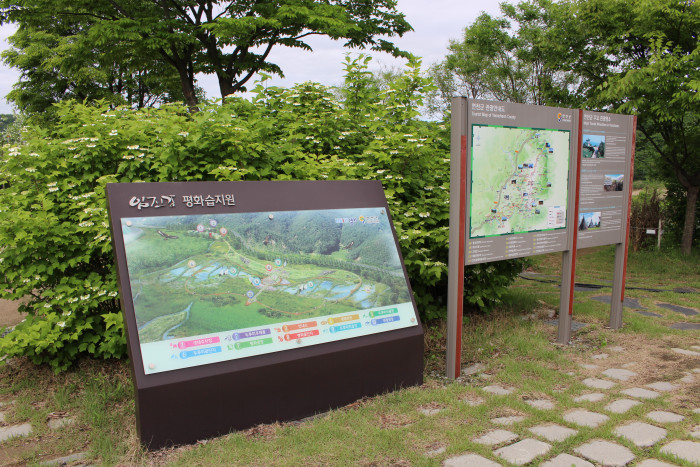 Imjingang Peace March Ecological Park, established in Yeoncheon-gun, Gyeonggi-do, is a replacement habitat for cranes as their original habitat was lost due to Gunnam Dam constructed in the upstream of Imjingang River. Commentaries on the park and cranes are offered from 10 AM to 4 PM on weekends. 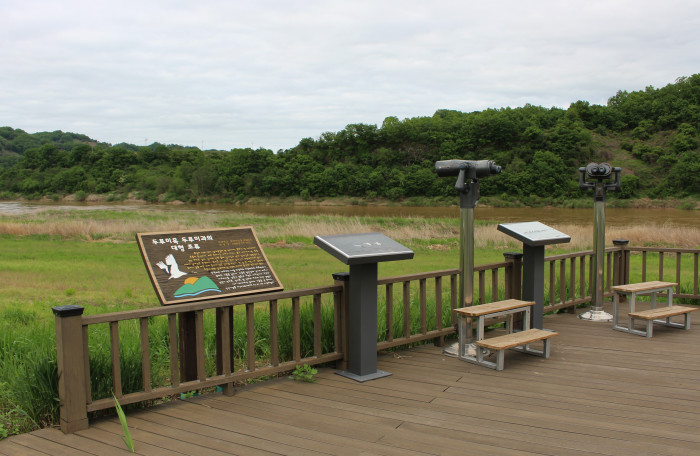 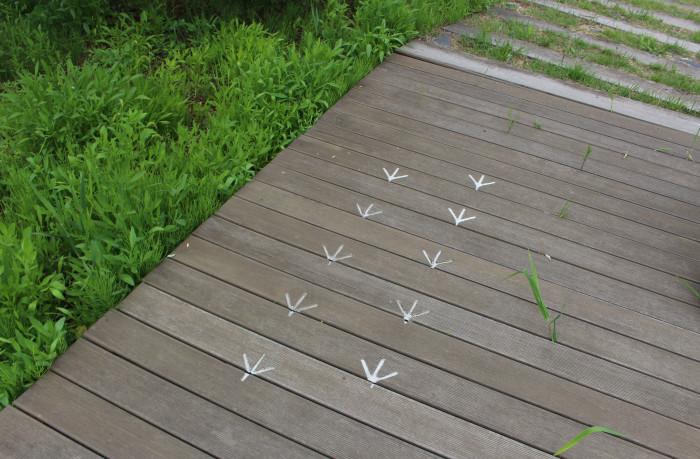 As you walk around the park along the footsteps of cranes, you come to a plaza where you can observe them. A sign with a brief description on cranes and a telescope are installed so, if you visit during wintertime, you will be able to see a crane in person. Cranes active in Yeoncheon originally breed in Lake Khanka area of Russia before traveling for a few weeks, about 400 km a day, in late fall to reach DMZ and the Civilian Control Line in the upstream of Imjingang River. They typically appear in Korea in late October and leave after staying until late March of the following year. Cranes, which inhabit DMZ that symbolizes the agony of North-South division and boast a sophisticated figure, now turn the area into a peace zone.