An estimated 73 million viewers―about 40 percent of the U.S. population at that time―watched The Ed Sullivan Show, when The Beatles, a British rock band, made their American TV debut on February 9, 1964. It shows an impact of The Beatles and TV broadcast that gathered a number of people in front of their TV sets. This marked the beginning of the “British Invasion” where British culture became popular in America with mass media and consequently the waves of social and cultural changes including the “counter-culture” were generated in the 1960s. Today, the Ed Sullivan theater brought the Korean boy band BTS for a talkshow in 2019. Called the “BTS Invasion,” this event proved and expanded the cultural influence of the pop musicians across the globe. In this way, TV, one of the representative mass media, has created a number of icons of the era, like The Beatles and BTS, who “invaded” our daily life and culture.

Nam June Paik TV Wave focuses on Paik’s experiment and exploration of television, dealing with his works from the 1960s to the 1980s. The exhibition centers around the keyword of Paik’s “broadcast,” a combination of his video art and telecommunication. Paik used TV as an artistic medium, in terms of its affecting our life and society in various ways. He created works of art with TV which could be operated by viewers. He was concerned with what art and broadcast could do for a large number of people in front of TV sets. Without going to a stadium or a concert hall, many people can watch the same things through television. He paid attention to the power of TV broadcast to enable the collective experience of watching the same program and the mediated experience while not being present on the site.

Drawing on TV, broadcast, and satellite, Paik attempted to increase the understanding of different cultures, and to depict a world becoming one with dance and music. According to him, television is for the point to space communication while video for the space to space communication. By means of “tele-vision” he envisioned a future where a point to space transmission like fish eggs is invigorated, and furthermore where individuals produce their own broadcasts, and many TV stations, great and small, are established so that non-monopolistic broadcasting systems are available. Nam June Paik TV Wave tunes in his vision, who sought to bring down cultural barriers and link up different spaces for global communication and harmonization.

Radio-TV is a point to space communication system … like fish egg.

Ultimate goal of video revolution is the establishment of space to space,

or plain to plain communication without confusion and interference each other. 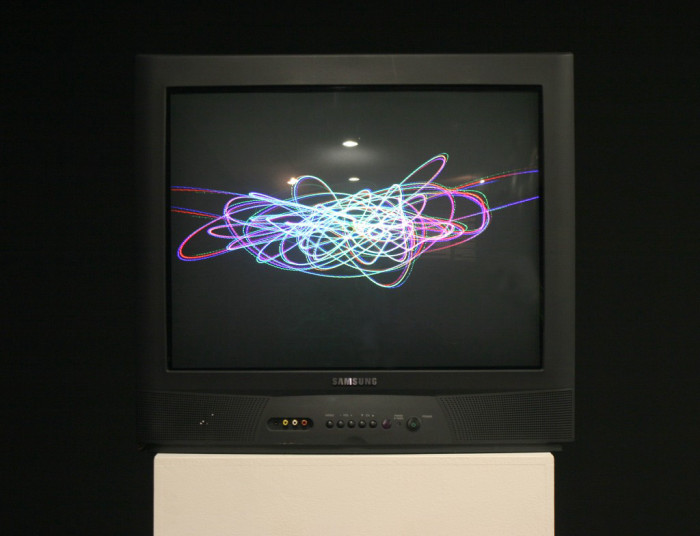 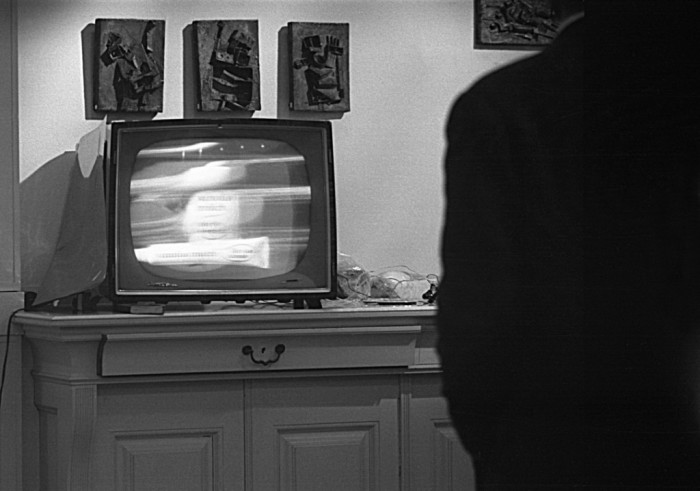 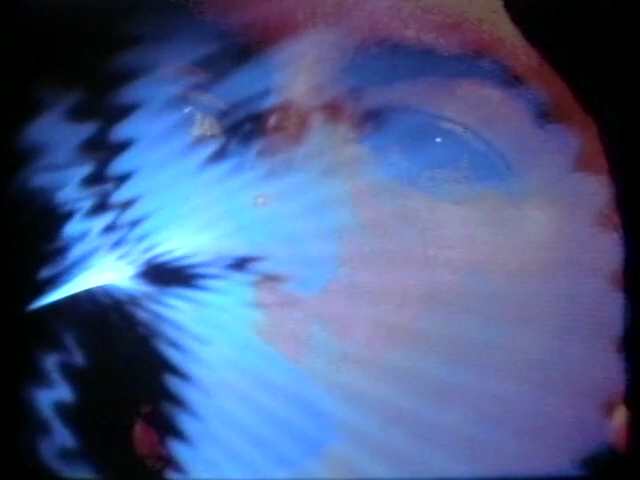 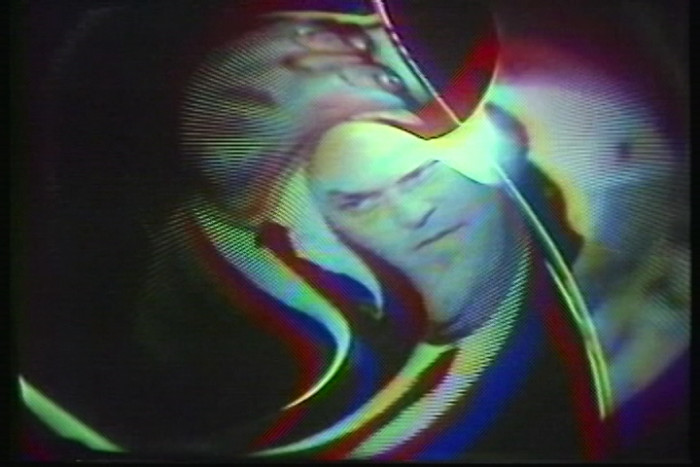 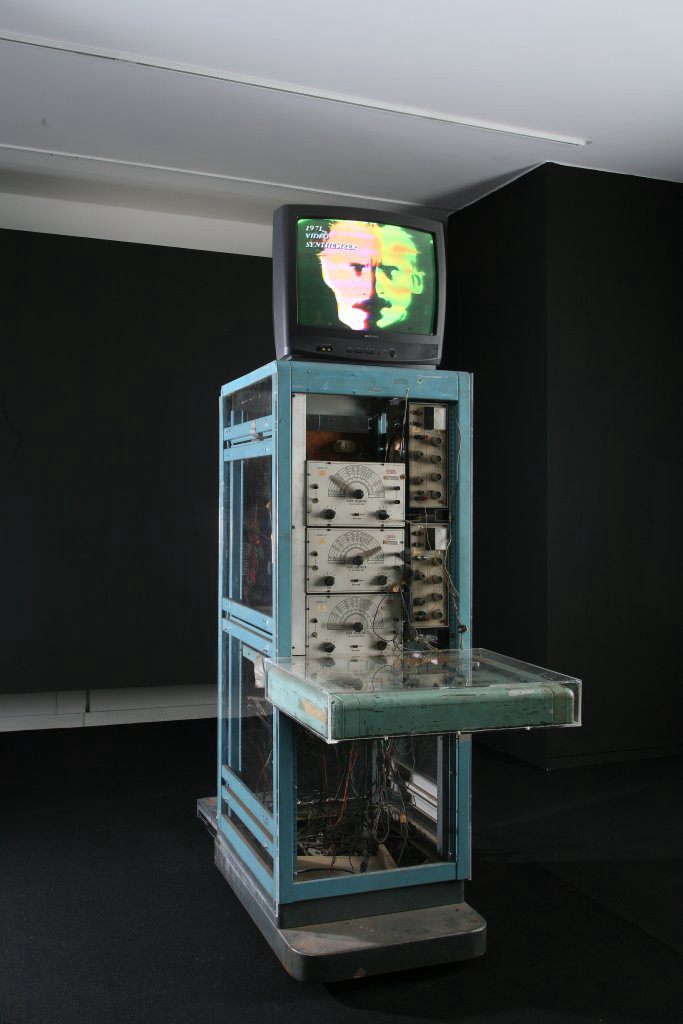 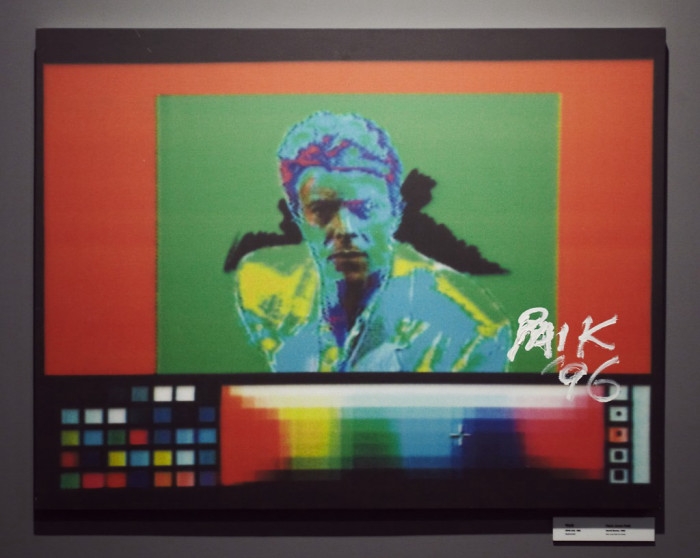 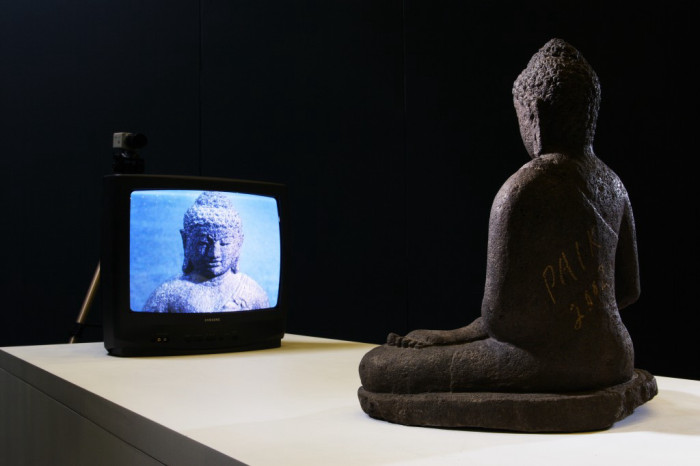 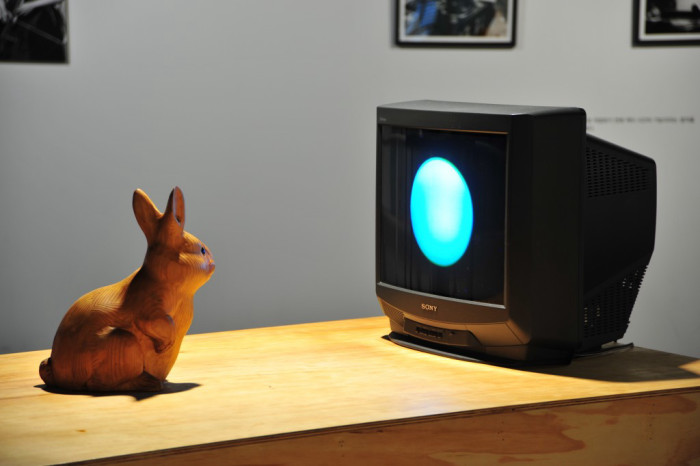 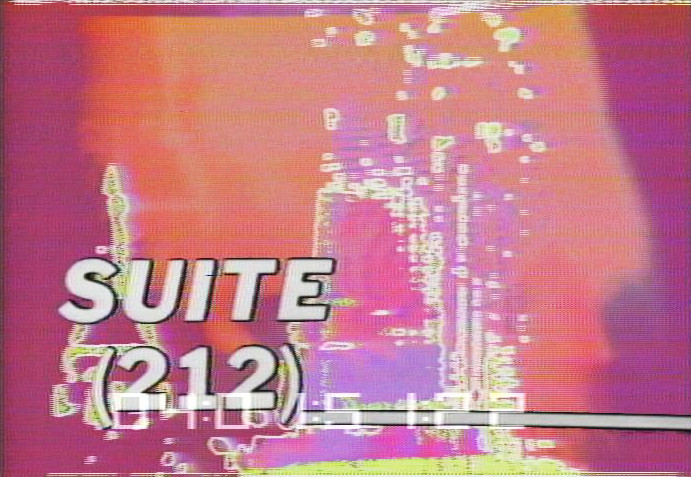 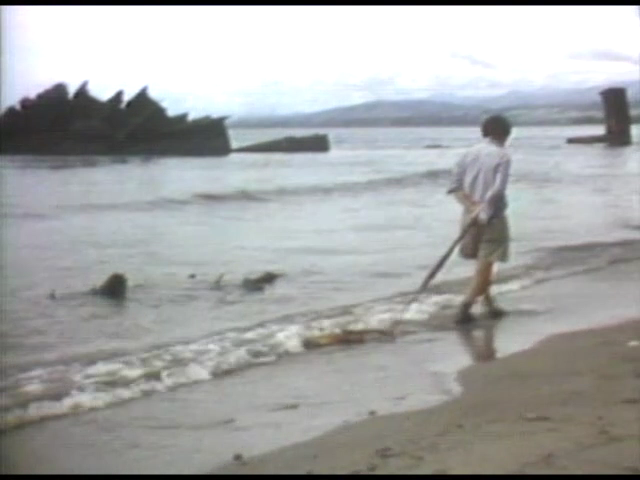 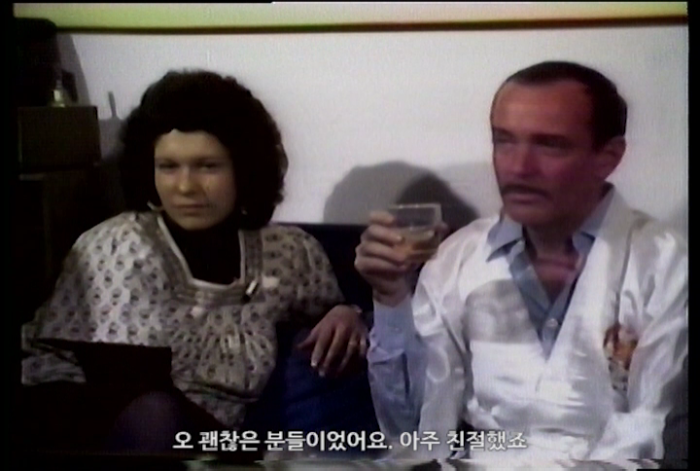 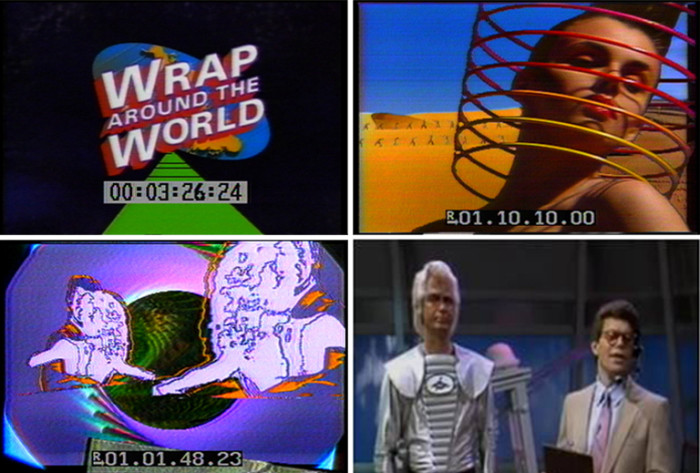 Enter one of the three rooms to your taste, and watch Paik’s works of video as if TV broadcasts, by zapping channels with the remote control. The most watched program on a weekly and monthly basis will be up on the billboard, on a large screen above the rooms, and on monitors at the exit of the exhibition. Go for your own pick! TV screens you are watching will be video-recorded and transmitted in real time as sources for Craker’s SEEnthesizer at the mezzanine. Go for your own video making there too!