[Special Talk Talk] The person who lives the moment 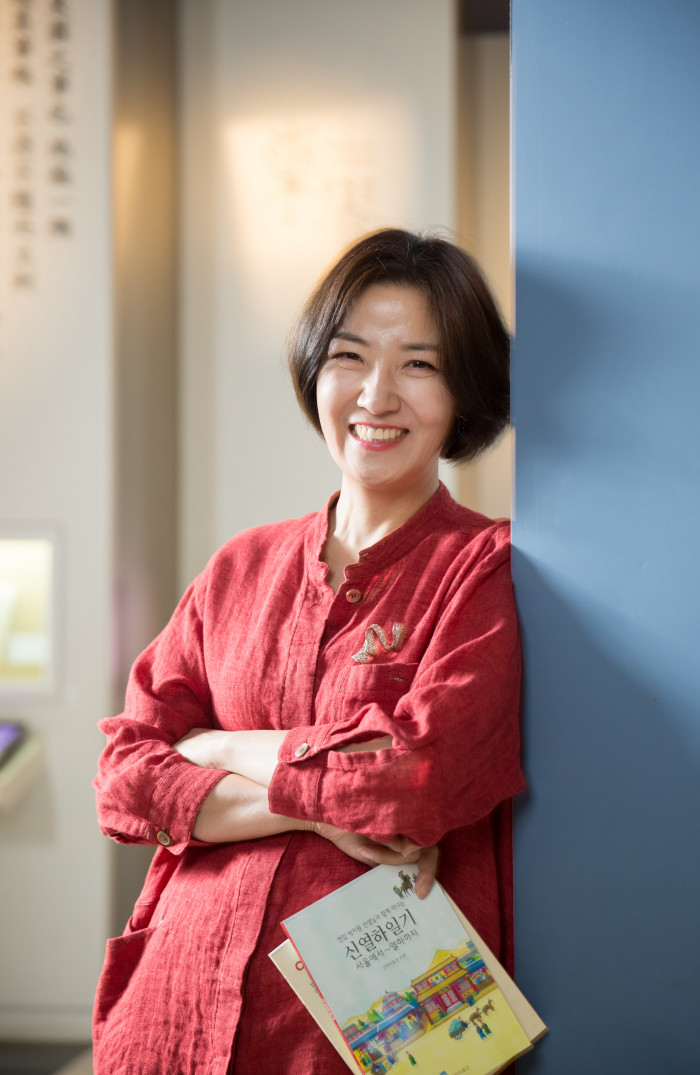 Seo Yi-suk came to know about Bak Ji-won in depth 10 years ago. When she was a member of the troupe Michu, she played Bak Ji-won in the play "Yeolha Ilgi Manbo". Yeolha Ilgi Manbo was an allegory including political and philosophical satires based on Yeolha Ilgi by Bak Ji-won. Her role, Bak Ji-won, was an allegorical figure who was reincarnated as a donkey. As the character was an allegorical figure, the gender of the actor was not important. Nevertheless, Seo was a good actress for the role. At the time, there were few actresses who could play a calm, dignified masculine character. Above all, her performance was outstanding. She portrayed the allegorical figure brilliantly. As her award winning history including her wins from Dong-A Play Award (2004) and Kim Dong-hoon Acting Award (2011) demonstrates, her acting skills achieved a wide recognition. 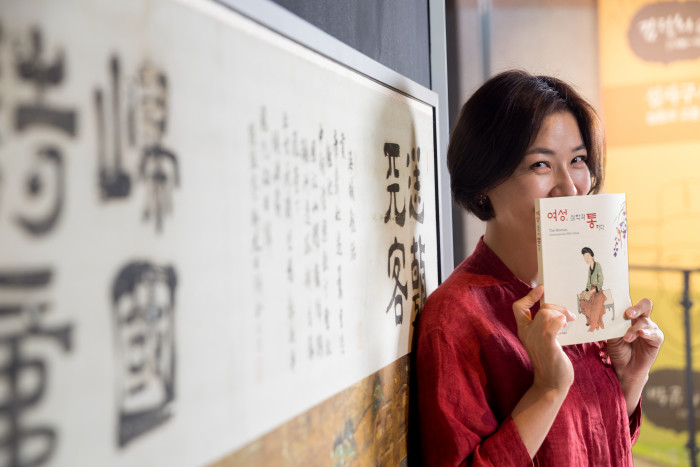 An androgynous image is an advantage for actors and actress. It means that Seo is able to play any role regardless of her gender. Furthermore, she majored in Korean traditional music. Her educational background greatly supported her acting career. Generally, we can easily see Korean folk song singers showing excellent acting skills during their performance captivating the audience. There is a convincing reason that Michu's major work is madangnori (Korea's traditional performance). Seo had begun to stand out in her troupe Michu and finally became a major actress. Play critic Gu Hui-seo paid attention to Seo Yi-suk for her androgynous image, clear pronunciation, sonorous tone, and outstanding acting skills as one of the Promising Theater Actors (2003). Gu said that Seo has great pronunciation, sensibility, and an honest and sincere attitude towards observing characters.

Here is a question: Is the honest and sincere attitude really helpful for actors and actresses? From a critical approach, honesty and sincerity are sometimes founded upon excessive morality. It is easy for honesty and sincerity required by standardized organization and society to display the fox in a lamb’s skin called "morality." Is it possible that such a person remains intact as an actress, free from such danger? 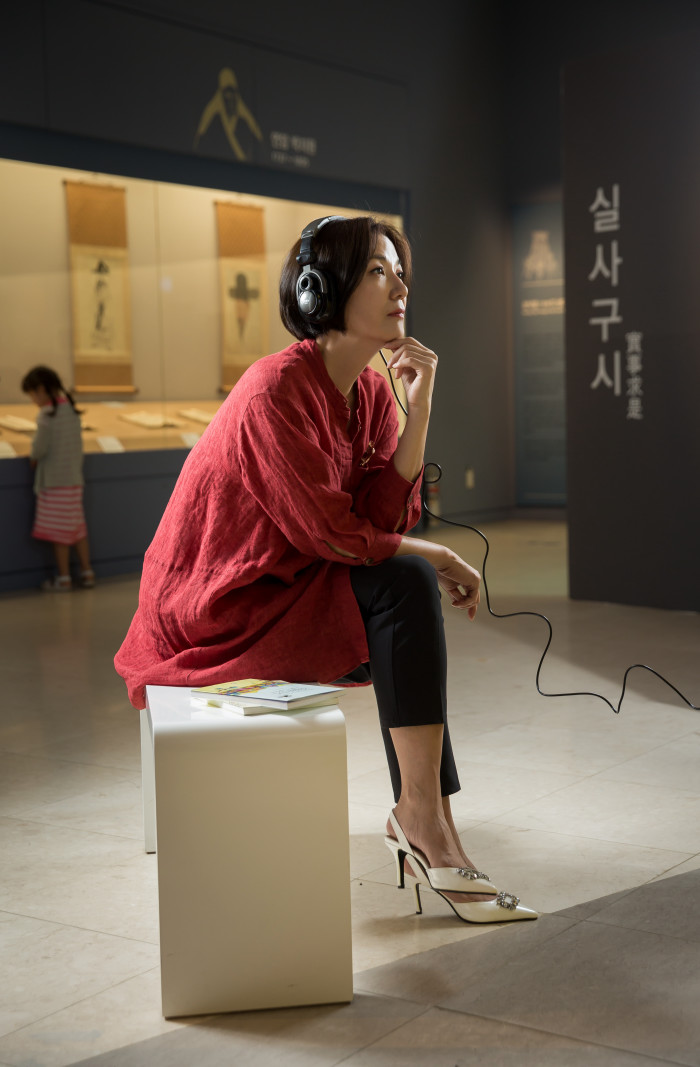 This ‘honest and sincere’ actress named Seo Yi-suk never showed the other side of her. I had dinner with her, drank tea with her, met her in many different places and brought up weird subjects for conversation, and yet she always remained the same. The moment I got to know about her was when I brought up one of the recent bestselling books. This novel which had nothing to do with the interview at all just came up as a topic of discussion. I told her the book was one of the bestsellers and strongly recommended her to read it. She wrote down the name of the book in her notebook, and it was a new side of her to me. I thought she was just trying to be polite. The next day she texted me saying, "I've borrowed the book." It made me realize that she is very good at putting her words into action. Then she texted me again the following day saying, "It didn't disappoint me at all! I cried a lot." It's been a long time since I met such a person whose mind, thoughts, and body were present in one place. She always does her best to live the moment.

Her personality sometimes seems to resemble Bak Ji-won, and sometimes doesn't seem to resemble at all. She wandered around the exhibition hall briskly. She stared into some words while leaning against a glass box and talked with others for a long time while being perched casually on the floor. In the Constellation Exhibition Room, she simply put her guards down and lay on the floor. Her way of thinking is extraordinary. She believes that you need to pay attention to each sentence of the book stored in the glass box, instead of glancing over its title. If you are tired, you may sit on the floor of the exhibition hall and talk with others. You had better lie on the floor to watch the constellations on the ceiling, instead of just looking up at them. This truly is Seo Yi-suk. 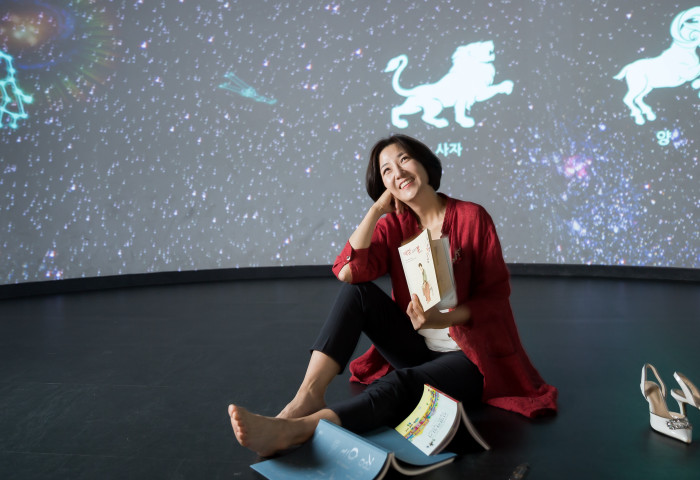 “I decided not to always say okay or I will do it, anymore. Maybe it's because I have been keeping silent, accepting and obeying for too long; or maybe it's because I'm getting old. After I turned 50, I wanted to do only what I really wanted. When I'm at home, I do nothing. Literally nothing. One day I realized that it is not wrong to do nothing. You don't have to always do something. So I really don't do anything.”

She seems not to try to do something unnaturally. To say ‘no’ to something that is not right, you need strength and composure derived from deep within, as well as great courage so that you don't stagger after plucking up courage. You need courage not to defeat others but to confront yourself. So the inclination of your mind is more important than the power of strength. This is why she wants to stay in peace.

Her simple curiosity about new things and her broad-mindedness towards differences are similar to the attitude of Silhak scholars 300 years ago. She seemed to be impressed with the fact that there were many women considered as Silhak scholars in the past. She rarely let the book The Women, Communicates with Silhak (Museum of Silhak, 2017) out of her hands during the shooting.

“Did you think that I would come in casual clothes because you said I could stop by casually? I parked my car here and changed. I'm the actress who is always ready. Not as much as Jeong Dong-hwan who is studying a lot these days. It's really great to visit. I didn't know the Museum of Silhak was located here. Well. There were women who studied Silhak. It's really interesting. Actually I don't like to study, but I'm going to read this. I took a lot of pictures today. Can you give me this book? I want to give this to someone.”

I wonder when she will visit us again. I would like to thank her for the last words she left behind. On a hot summer day which didn't seem to end, she left with us a great memory at the Silhak Museum. 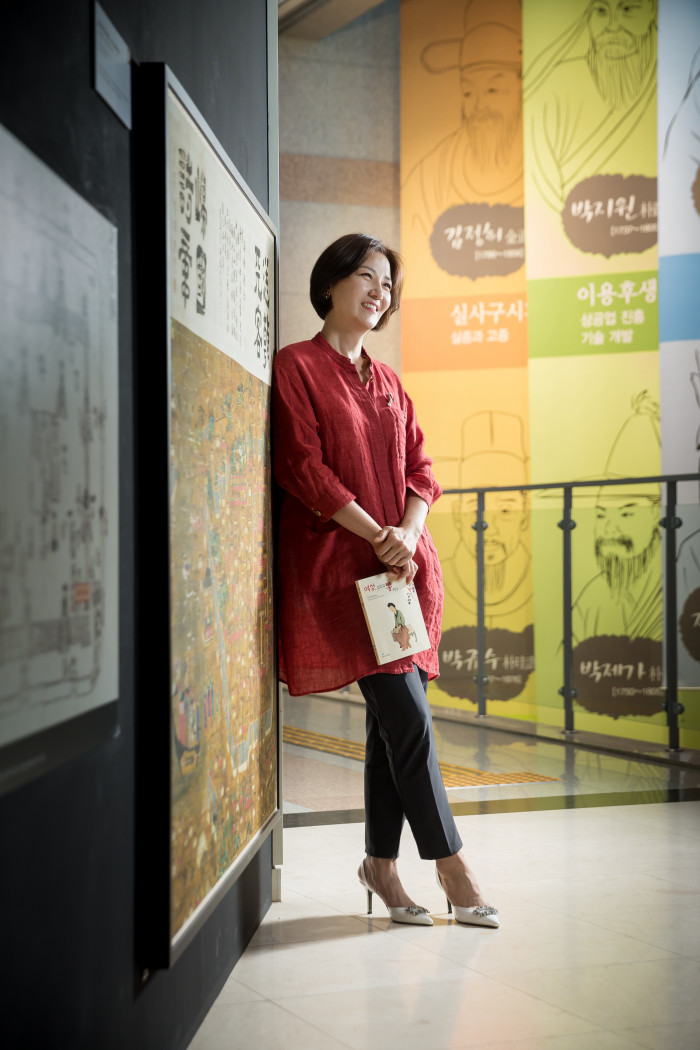