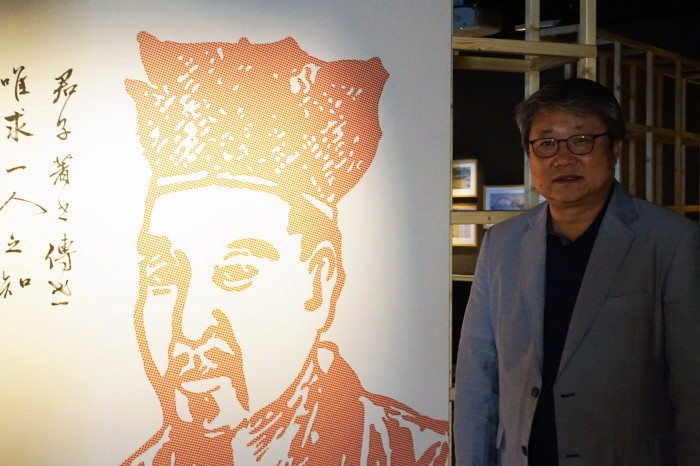 Hello, Director. Nice to meet you. I learned about "Silhak" only in history textbooks at school but "Silhak" that we can encounter at the Museum of Silhak seems different.

Silhak was a subject that began about 300 years ago and was actively studied and researched for two centuries, however it was not really the mainstream studies. Most people in the late Joseon Dynasty primarily studied "Seongrihak," or Neo-Confucianism. It was because, if you wanted to succeed in the pre-modern society, you had to become a bureaucrat but the exams, called Gwageo, en route to become government officials only asked questions on Seongrihak. "Silhak" was born to criticize Seongrihak, emphasizing the types of studies that allow people live better lives and are closely related to everyday life, rather than those on decorum, rules, and formalities or metaphysical learning. Encyclopedia that we know today started to be published during the Silhak era as well.

Dasan Jeong Yakyong wrote a great volume of letters to his sons while on his exile, explaining things like in which month and how they must plant sweet potatoes or how they should carry out tobacco farming. Through the letters, he primarily advised to focus on studies that are needed in everyday lives and that will improve the livelihood for all people. Rice farming also did not start in water but, as people attempted rice planting, or monaegi, the yield increased and the method has been settled as a popular way to grow rice. But inside the museum, there is not much Silhak to show because most of the materials on display are texts.

When did you first come to the Museum of Silhak?

The Museum of Silhak opened in 2009 and I was appointed as the director of the museum a little more than two years ago. Because Silhak is quite a difficult and rigid subject to be dealt with at a museum, I have tried to change the atmosphere a bit to touch the hearts of visitors and present many things to see through our exhibits. I personally don't think that only museums with fantastic artifacts can impress the audience. I believe that just a heart-comforting vibe people feel when they visit a museum is enough to move them. If you are uncomfortable and burdensome, you don't want to stay at the place for any longer.

Have you been in the museum industry for your entire career?

I majored in Korean Studies in college and, luckily, I started to work at a museum immediately after I graduated in 1986. I have always had fun and loved working at museums so I never thought of quitting or taking a break, not even once. My first job was at a museum and, even after many years, I still work at a museum. 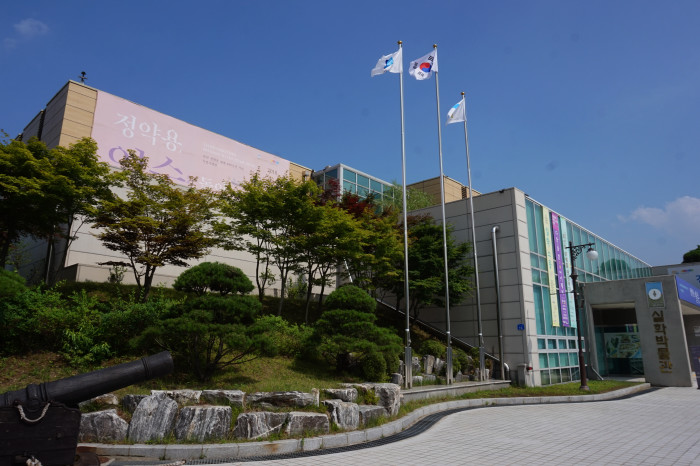 You said that working at a museum is fun. Exactly which elements are you attracted to?

We all study history since we are young, and what we study around this point in our lives is centered on politics that marked milestones in history. But that is not the only type of history learned at a museum, which makes people interested even in the history of the ordinary folks. A museum is where you can encounter history of the common people including how a particular tool was used or how people lived in different times in history.

While working at a museum, it has always been a wonderful and moving experience to physically get my hands on artifacts that I had only seen in textbooks. It was also fun to plan exhibits, thinking hard about which side of an item to show for the audience to produce the greatest experience.

These days, a museum is a familiar place for families to visit from time to time but, in the past, many thought that people go to museums to study, probably since it was a popular attraction to visit for school field trips. I believe that a museum is where we go to have fun. People these days visit museums because they have expectations that they can learn something and also can spend an hour or two with an inexpensive admission fee. I think museums must be changed to family-oriented places that they can visit easily and frequently. 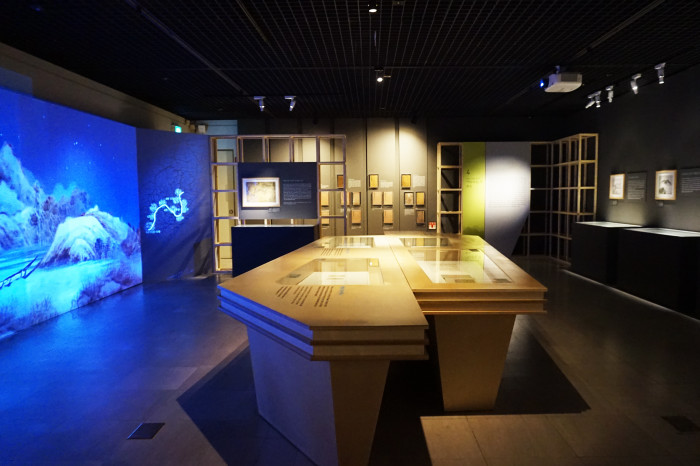 You mentioned a family-oriented museum. Could you explain in more detail about the ideal museum that you dream of?

In the ideal museum of my dream, a family comes early in the morning to see an exhibit, watches a film at the auditorium and has a lunch at the restaurant, and sits for another performance if there is one. In short, I dream of a place where the family can spend their entire weekend, like a theme park. I would love to create and work at a museum like that.

When I am at a museum, I sometimes don’t know where to view first because there are so many artifacts and descriptions throughout the facility. I also want to get at least one thing out of the visit, worried if I would miss anything. How should an ordinary person view and enjoy a museum?

It would be nice if you visit a museum after some studying but it is still okay even if you don’t because Koreans are fundamentally equipped with knowledge of history. It is better to read and view all eras rather than concentrating on individual elements because museum is more fun when you look at it in big chunks and ask basic questions like how something was created and why it is important. That’s why I recommend listening to the exhibition commentary from a docent or a curator. More museum and galleries nowadays provide commentaries even for a group of 2 or 3 visitors.

There are many different museums in Korea as well as overseas, and I think that you would definitely stop by museums while on a trip. Do you view a museum with any different viewpoint from that of the general public?

Like you have guessed, people like me have a slightly different point of view when visiting exhibits. We don’t really read the details or descriptions but, instead, focus on how the exhibit has been planned, learning new effective ways to hold an exhibit. At a museum, a simple change of lighting can produce a whole new different atmosphere and create a good exhibition. There are many museums overseas with good lighting so I look closely at the lights, their angles and locations. 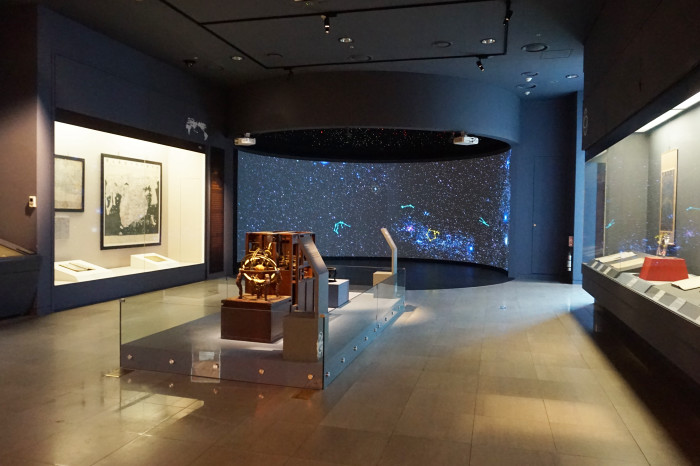 Among the exhibits that have been hosted at the Museum of Silhak, what was a good, impressive planned program that comes to your mind?

Recently, we held an exhibit of “Hapicheop” at the Museum of Silhak. Dasan was married at the age of 15 and, when he was 40 years old, he lived in exile for 18 years in Gangjin. At the time, his wife didn’t think that Dasan could ever return alive so sent him the skirt that she wore 30 years ago when she married him. Its colors have become dull and yellowish. But, upon receiving the skirt, Dasan made a book out of it, named it “Hapicheop” and sent to his sons. He also made a picture book for his daughter.

For a long time, Hapicheop was passed from one generation to the next as a family treasure but went missing at Suwon Station during the Korean War before making a reappearance to the world through a TV show called

There was also a media exhibit of Mr. Hong Dae-yong, which did not have a single relevant artifact but was organized by VR and documentaries of artists. It impressed many people at the time who said the exhibit was new and creative.

2018 is the 200th year since Dasan was released from his exile and Mokmin Simseo was completed. Do you have any special event planned?

Dasan wrote about 2,500 poems, and we once made songs out of them and held a concert. When we also hosted a pansori performance in front of Dasan’s birthplace, more than 4,500 people came to enjoy the sounds. Because this is a museum, it doesn’t mean that we only plan exhibits. We host fun and impressive performances as well. This fall, we are planning a musical on the life of Dasan. Many people know about his exile in Gangjin and academic achievements but most of them don’t know about his life after returning home from the exile. Mr. Jeong primarily used a pen name called “Yeolsu” after coming back home. “Yeolsu” was the term that referred to Hangang River in the ancient times. In other words, he loved this place so much that he loved his pen name, “Yeolsu.” He also designated this area for his burial. On the day of his 60th anniversary for which he had gathered family members and friends for celebration of a lifelong marriage with his wife, Mr. Jeong passed away in the morning. What a dramatic life.

Through such performances, I would like for people to be more interested in Mr. Jeong and Silhak and even touched by everything we offer at the museum.

Written and photos by Kim Sun-joo