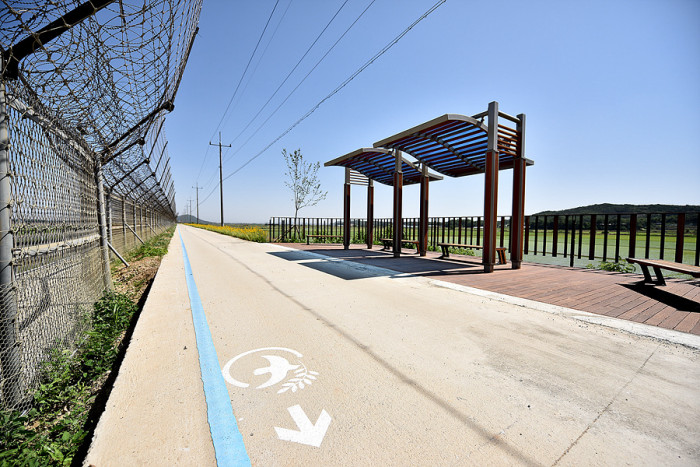 It is the era of 'untact'. Uncontact is a compound word prefixed with un- to indicate negativity in contact. These days, where people spend their daily lives without face to face, untact is no exception when it comes to travel.

This is the time when the travel method of walking and exploring a quiet and quiet place alone, rather than visiting famous tourist spots in the midst of a crowded crowd, is in the spotlight.

I want to travel so much, but I can't. The new trend of travel is “online travel”. It feels like going to the destination indirectly by viewing travel reviews and photos online at home. 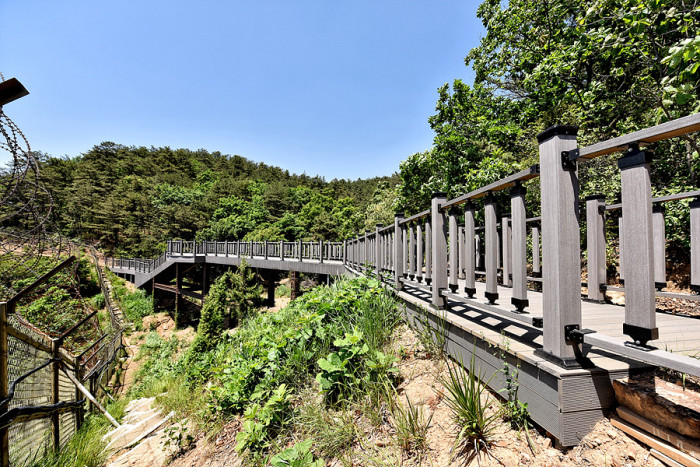 Gyeonggi-do Pyunghwanuri-gil consists of a total of 12 courses connecting four cities and counties in the northernmost part of Korea, from Gimpo, Goyang, Paju, and Yeongheon, located on the DMZ border.

This place was created to renovate the abandoned area surrounded by barbed wire to create a dulle-gil, so that you can enjoy various landscapes that have not been known behind the barbed wire and feel the desire for peace.

Looking at the 189km-long course, including 3 Gimpo courses, 2 Goyang courses, 4 Paju courses, and 3 Yeongheon courses, you will be surprised that there are so many cultural heritages located in Gyeonggi-do. 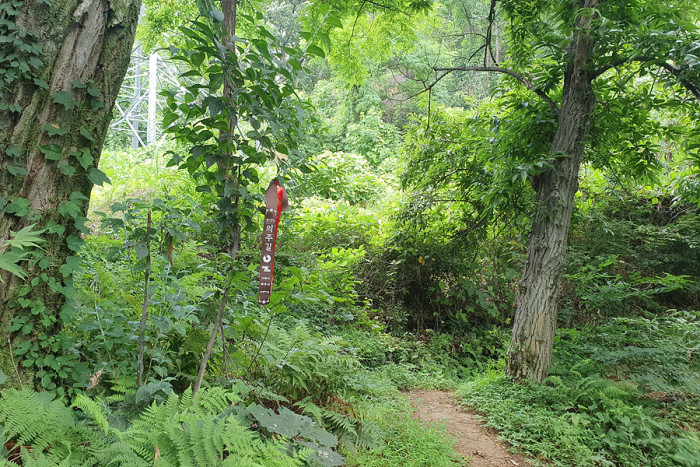 Gyeonggiyet-gil, managed and operated by the GyeonGi Cultural Foundation, is a course that connects cities and counties within a wider range of Gyeonggi-do than Pyunghwanuri-gil, and incorporates local cultural heritage and storytelling such as folk tales, folk tales, and geographical names.

This is a historical and cultural trail that connects local cultural heritages by walking paths based on historical evidence, and is a newly created road based on the main six road networks that pass through Gyeonggi-do among the transportation routes connecting Hanyang and the provinces in the Joseon Dynasty. 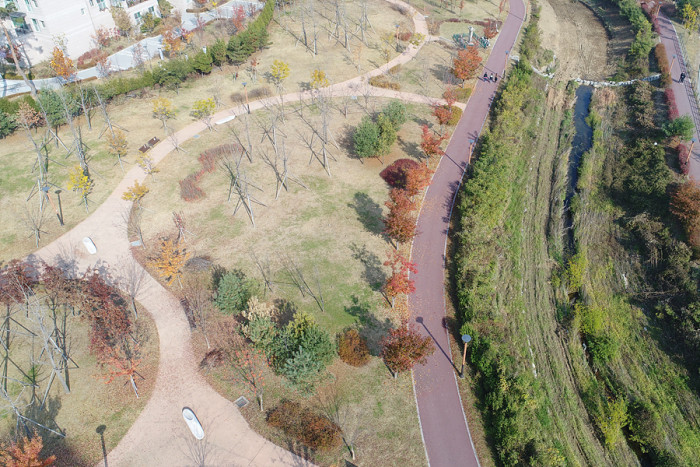 In this place, along the course, the main spots representing Gyeonggi-do Paju, along with the beautiful scenery of the Limjingang River, are connected along the course. It is “Hwasukjung”, where scholars representing the Joseon era, and Yulgok spent the rest of their lives, and the metropolitan area closest to North Korea. “Limjingang Station”, which holds the title of a subway station, and Limjingak Pyunghwanuri Park, a complex cultural space with the theme of peace and reunification, reconciliation and coexistence, located near Limjingang Station. 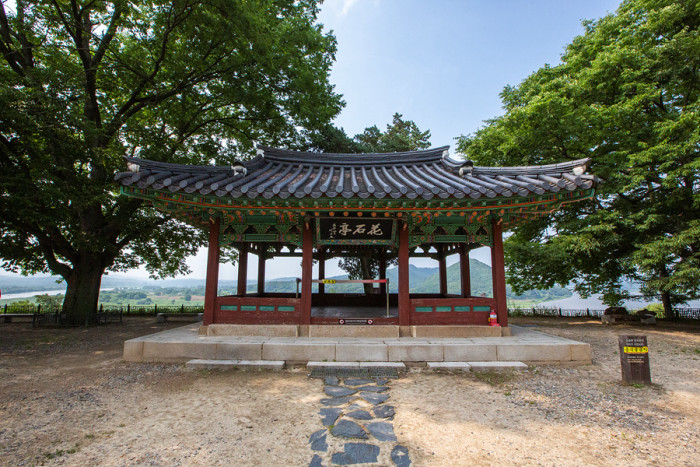 Hwasukjung, Gyeonggi-do Tangible Cultural Property No. 61, was where Yi Yi and Yulgok often stopped by to write poems and study scholarships with their students. It is located by the river overlooking Limjingang, and on a clear day, it is a place where you can see the superb view of Samgaksan Mountain in Seoul and Ogwansan Mountain in Gaesung.

It is also famous for the anecdote that King Seonjo burned this summerhouse to light up a fire because he could not see the river in the middle of the night while he was evacuating to Euijoo during the Imjin War.

Hwasukjung, which had been burnt down at this time, was restored in 1673 (King Hyungjong 14). It was burned back during the Korean War, and it is said that the building was repainted and refurbished as part of the government project in 1973.

Standing in front of Hwasukjung, you can visualize the scenery of Limjingang that can be seen in the distance through photos, and move to the next attractions, Limjingang Station and Limjingak Pyunghwanuri Park. 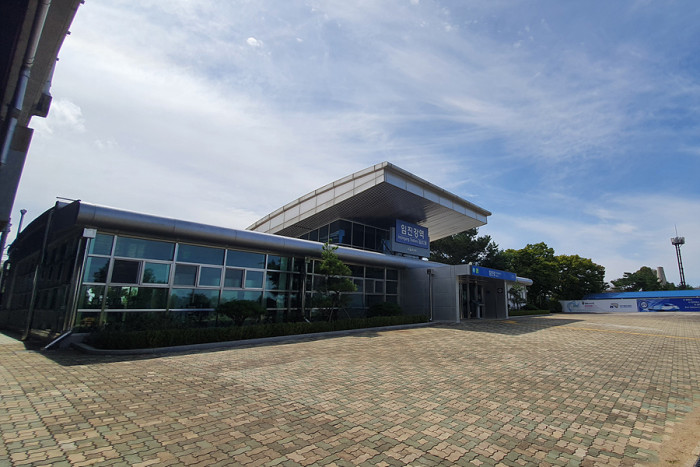 Limjingang Station was opened on September 1, 1938 under the name of “Limjin Station”, but was discontinued on October 31, 1941, and business resumed on September 30 through the 2001 Gyeongeui Line restoration project. On March 28, 2020, the Munsan-Limjingang section was electrified and included in the Gyeongeui Central Line, the metropolitan area train, and now it is a place that can be easily visited by public transportation

Limjingang Station is located just 6km away from North Korea, but it contains photos of the Korean War on display at the station, the National Korean War abductees' memorial nearby, and the pain of the North-South division in Limjingak Pyunghwanuri Park and the wish for peaceful reunification. As you look at various relics and symbols, you can feel the distance to North Korea that you still cannot reach. 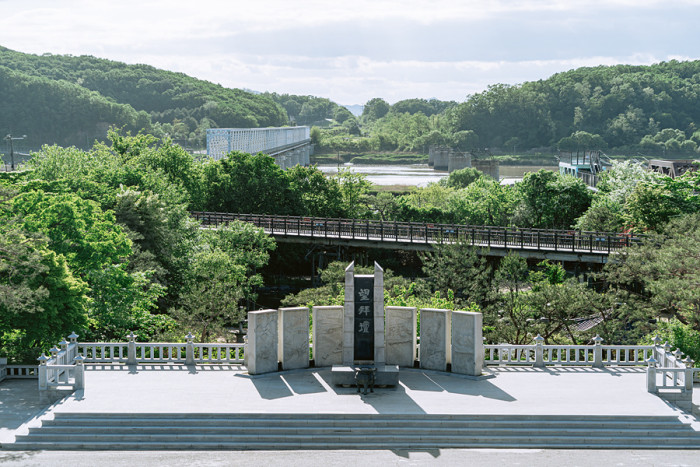 In particular, the steam locomotive at Jangdan Station on the Gyeongeui Line in Limjingak Pyunghwanuri Park and the Bridge of Liberty add to the pain felt in the reality of division. It is said that the bridge of freedom was named after the Korean War, meaning the bridge that prisoners of war crossed when returning to freedom. Originally, this iron bridge had two bridges, up and down, but it was destroyed during the battlefield and only the pier remained.It is said that the iron bridge was restored on the west pier to pass the prisoners and a temporary bridge was built at the southern end of the bridge, which continues to this day. 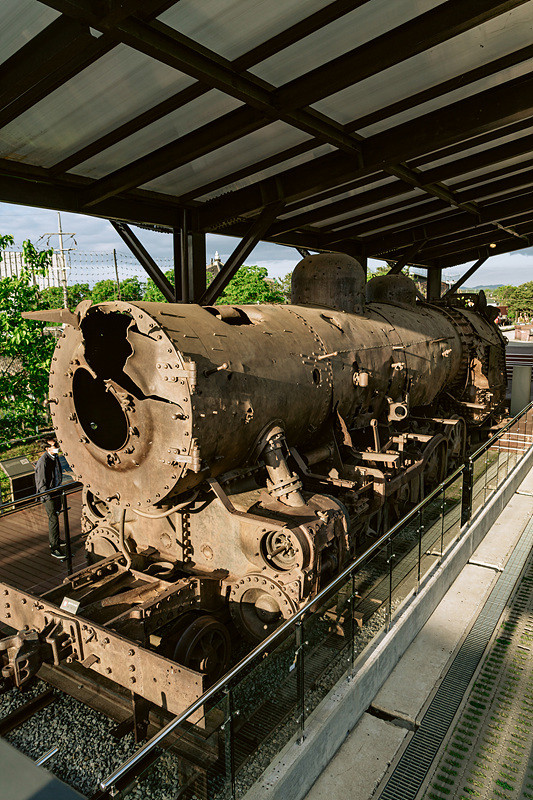 The steam locomotive at Jangdan Station was a steam locomotive that was left in the DMZ after being derailed due to exposure during the Korean War, registered as a cultural property in 2004, and then removed the rust and moved to the current location.It is one of the symbols representing the division of the South and North Korea.

According to the story of this train, the train, which carried military supplies from Kaesong Station during the war, was detonated by the Allied Forces, fearing that it would be used against the enemy when the Chinese Army was pushed south and reached Jangdan Station. In addition, the mulberry trees growing on the train next to the train were moved and planted next to them according to the opinions of the people in the field, saying, “It seems to show the persistent vitality of our people.”

This is a representative cultural property in Bangujung-gil and Gyeonggiyet-gil Euijoo-5th-gil, the 8th course of Gyeonggi-do Pyunghwanuri-gil, which I looked around online. I was able to look back on the history of Korea on this road that Yi Yi and Yulgok loved, the superb view of Limjingang, the pain of division, and the desire for reunification of the South and North Korea throughout Gyeonggi-do Paju. 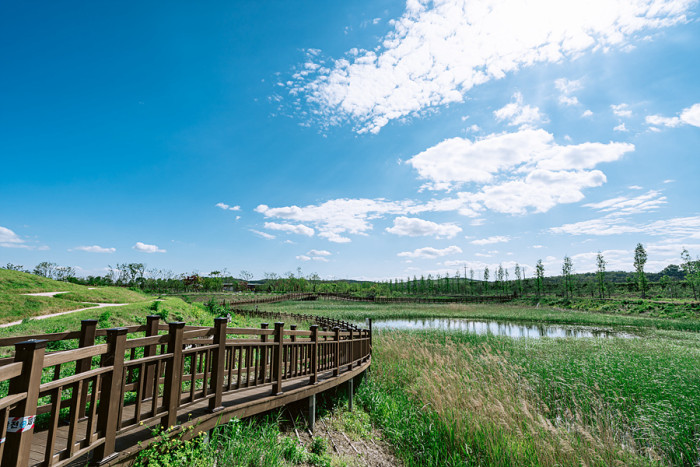 Someday, when the social distancing is quiet to Level 1 in the near future, it is beneficial to walk around the outskirts of the city and explore cultural properties while taking the time to unwind the body that was forced into the house and do'real trekking' instead of'online travel' Will have time.

If a good day comes, you should choose one of the Gyeonggiyet-gil or Gyeonggi-do Pyunghwanuri-gil courses and take time to walk through the course and learn about the various stories of Korea contained in Gyeonggi-do. I want to see you.

※ Some of the manuscripts and photos were provided by the Gyeonggi Tourism Organization.