After a record long rainy season, the start was a bit late, but the heat came again this year. In a hot tropical night, people often go to horror movies to feel cool even for a moment. So, midsummer is the main point of the horror film industry, and at the center of it is Dracula, who is always loved by many people.

Dracula says he sells his soul to the devil and sucks his blood to keep him young. Perhaps that is why it is an immortal horror character that maintains a steadily life, unlike the nine-tailed fox or the maiden ghost who lost their power. Dracula, who puts large fangs on the white neck of a woman and sucks blood to regain her youth, shows a unique presence that is incomparable to the zombies, which are sometimes degraded as a gag material. Dracula's proprietary patent is an eerie fang. The secret of human evolution is hidden in Dracula's fangs, which we don't have today, so the more terrifying Dracula's fangs.

The fangs, which protrude sharply between the incisors and molars, are mainly developed in carnivores, and play the role of a weapon that threatens the opponent along with the function of tearing and gnawing food. Today we also have fangs, but compared to lions and tigers as well as primates such as chimpanzees and gorillas, the pointed shape is almost deteriorated and smaller in size. The reason why human fangs became dull and small in this way could be attributed to the no need to tear the skin of prey with fangs or threaten the opponent who rushes to steal food. 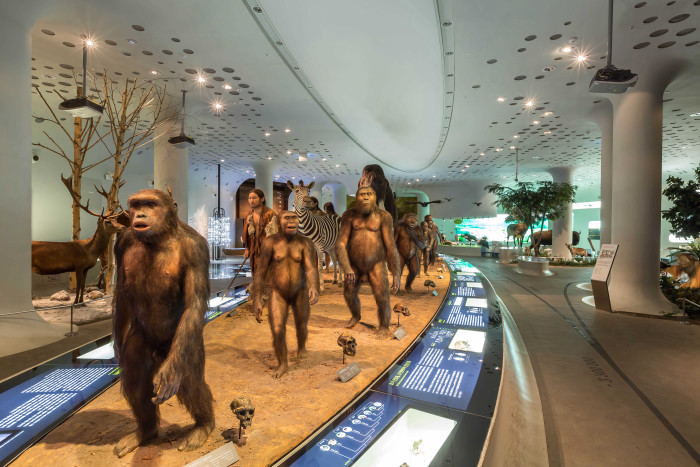 Meanwhile, in order to complete the process of reducing canine teeth, something was needed to replace the function of canine teeth. Something that replaced lion's claws and tiger's teeth was stoneware. Mankind's first tool stoneware was a new weapon to replace the fangs. With the use of stone tools, the fangs could become smaller and smaller. The smaller fangs could no longer threaten the other person. Instead of threatening opponents who rush to steal food by revealing their fangs, humans used a socialization strategy of sharing and eating each other. The driving force behind our success in the evolutionary competition may be that we have formed a community like a family and co-workers sharing precious food.

COVID-19 reminds us of the importance of this relationship. And now, one of the tasks left for us is to degenerate Dracula's fangs in our hearts, such as hatred, discrimination, fake news and malicious comments.