On the 2nd floor of the Nam June Paik Art Center in Yongin, Gyeonggi-do, there is a space where Nam June Paik's entire New York workshop is moved and exhibited. This place, where various tools and wires are scattered, is more reminiscent of a radio operator repairing broken electronic products rather than an artist's studio. Here, the major works of Nam June Paik, a master of contemporary art representing the 20th century, were born.

In order to realize his experimental art activity, video art more concretely, Nam June Paik set up a studio that doubles as a research institute called ‘secret studio for ultra-high-end electronic research that no one knows' and repeats the experiment of distorting the image by passing an electric current through the TV CRT did. Nam June Paik is the name of the institute. In this research center, Nam June Paik was able to leave many masterpieces of video art by learning his own technology while crossing the pitfalls of death several times under high voltage current. Nam June Paik's video art is an art genre that has been reborn through technological change and development. Video art was possible because a new technology called video camera appeared, and it was possible to complete because there were artists who fully learned and understood the technology. 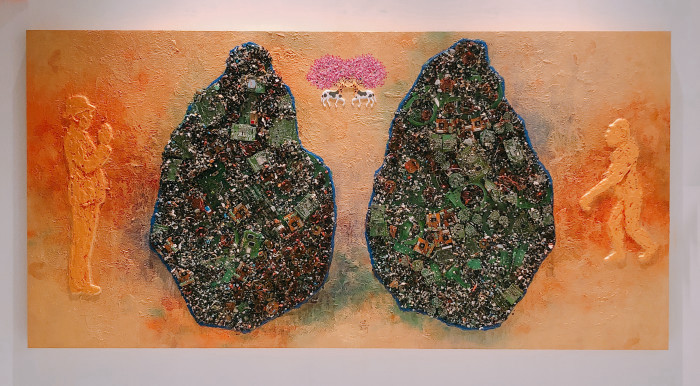 Early photographs, which remained in the role of reproducing nature as they are, were only the result of a mechanical process without the artist's soul, and were considered to be in no way comparable to the artist's paintings. However, thanks to the development of science and technology, the areas and objects that can be expressed in photographs have been dramatically expanded, and photography has now settled as a new art genre that no one has a question. As such, the emergence of new technologies creates new ways of artistic activity and plays a role in satisfying humanity's intellectual curiosity.

In the late Paleolithic era 40,000 years ago, after hundreds of hours of difficult work by carving and refining mammoth ivory sculptures, the cave studio of Stadel, Germany, where he created the masterpiece of Paleolithic art, the ‘Lion Man', has mastered the technology of stone blade manufacturing, an innovative technique that appeared at that time. In the Paleolithic period, the stone fragments that Nam June Paik had awakened to make a new weapon for carving mammoth ivory, a carving sword, must have been scattered. It's like Nam June Paik's New York studio, where CRTs were disassembled to create new video art works.