If you observe carefully while eating pork belly at a meat restaurant, you will find an interesting sight. It's a scene where they steal the scissors while trying to bake pork belly with each other, but of course men usually go to the scissor battle. It would be comfortable to sit still and eat well-grilled meat, but there is an interpretation that the reason why prehistoric hunters still have their instincts to grill each other. It is explained that he feels the proud feelings of the hunter when he returns home with his old game while looking at the people who ate the grilled, well-grilled pork belly. However, in order to feel a sense of dignified accomplishment at that time, men who claim to be descendants of hunters seem a little salty as they think that they will fight to take over the pork belly and take the tongs.

The hunt began from the Paleolithic era when stone tools were able to be made. Because I could make stoneware, I could hunt. Meat diet and stoneware are an inseparable combination. Hunting has had a great influence on the evolution and survival of mankind. The consumption of animal protein obtained by hunting freed mankind from starvation. In addition, it has contributed to the strengthening of the body and the enlargement of the brain by dramatically improving the nutritional status. The process of making stone tools stimulated the brain, and the mastery process of stone tools making technology accelerated the development of the brain. 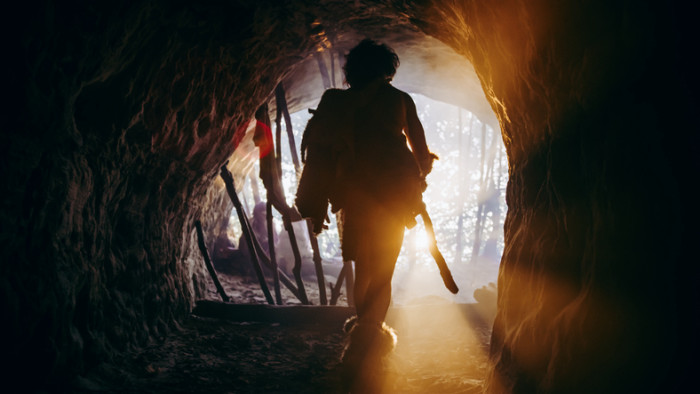 If we hadn't made stoneware, we wouldn't have been able to become a "hunter man." However, hunting is an act that cannot be accomplished with stone tools alone. In order to actually hunt, rather than tools, accurate information about prey, detailed strategy for how to catch it, and social organization for role division are needed. From this point of view, it can be said that it was from the Late Paleolithic Age when humans were able to be called true hunters.

Evidence that the people of the Late Paleolithic era were skilled hunters remains intact in the artwork they left behind, especially in cave paintings. Among the paintings in cave paintings, the most common are animal paintings. Figures of suffering from being injured by a spear, suffering from injuries, and vivid drawings of suffering animals bleeding from their mouths and noses are good evidence to understand people's hunting activities at the time. Recently, a research result that was drawn about 43,000 years ago was published, and a cave painting in Sulawesi Island, Indonesia, which has become a hot topic in connection with the debate on the origin of art, depicts a human approaching a wild boar and a bison while wielding a tool visible with a spear and rope. . It can also be seen as hunting.

Unfortunately, the age of hunters is over. It remains just a page of faint memories of the hunter man. It's up to you to decide whether you will fight for tongs and scissors while grilling pork belly today. In this era, there are many and many women who grill meat well. What to do.