There was no such world

In 1976, in Laetoli, Tanzania, a fossil of the footprints of a dead human being walked on the scattered volcanic ash after rain was discovered. These fossils of Laetoli's footprint clearly show that 3.6 million years ago, the distant ancestors of mankind had already walked upright like us. In fact, it is not possible to accurately determine the age and sex of the late human beings who left their Laetoli footprints.

Nevertheless, a representative of the reconstructions depicting those who seem to have been walking diligently to avoid a volcanic eruption is a tall man stretching his shoulders and putting his hand on the woman's shoulder in a posture like "trust only your brother". It is a picture depicted in a scene where a dwarf woman wanders around with an anxious look and a sad expression of "I only trust my brother." 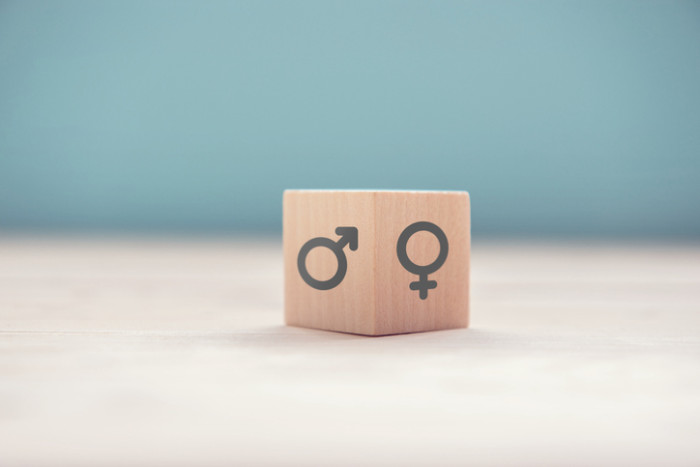 It is a grotesque restoration that receives a lot of criticism from women, as if millions of years ago, men were defiant beings protecting women, and women as weak beings protected by men of course. It is a representative example of a fixed view of men and women from the early stages of human evolution. Of course, recently restored paintings have appeared in the form of three ancient humans performing their roles and steadfastly walking away from volcanic ash.

Not long ago, the results of a study on the remains of a female hunter discovered in the highlands of the Peruvian Andes take it for granted that the leading role in the evolution of mankind was male, and many who were firmly obsessed with the dichotomy of men as hunting and women as gathering. It drove the man into shock and fear (?).

Research suggests that the remains found along with hunting stone tools were of course the remains of a high-ranking male hunter, but analysis of teeth revealed that she was a typical hunter who ate a lot of meat in her lifetime. The discovery of this female hunter can be evaluated as new evidence that reflects the deep-rooted orthodoxy of the paleoanthropological world of the role of men and women, that is, ‘the man who hunts and the woman who picks the fruit'. If you look at it, human history is not only made up of fancy men who make tools and hunt. There were also brave and agile women on the stage. And half above Earth is male and half above Earth is female.

After the broadcaster Sayuri gave birth by donating sperm in Japan, ‘non-married birth’ is controversial. Sayuri's unmarried childbirth raises the question of what is childbirth and who should have the right to decide.

Of course, the opinion that artificial childbirth of unmarried women is still difficult for our society to accept, but more people than expected are sending encouragement. It is encouraging that there are more opinions than expected that unmarried childbirth should be accepted as a new phenomenon according to the changes of the times and that various family types should be recognized and settled in our society. Little by little, the world is changing. It's very unfortunate for the men who shouted'trust only your brother', but ‘a world where you can trust your sister' is coming.