Dooresori, Shared the Value and Joy of Labor 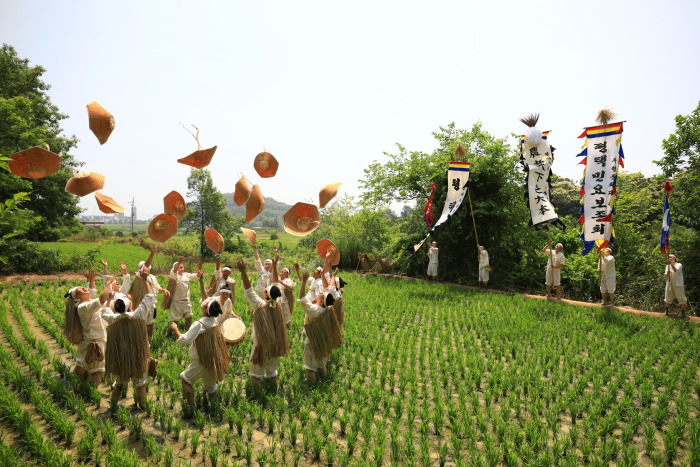 Gyeonggi Intangible Cultural Property No. 48'Pyeongtaekminyo' is a traditional folk song passed down in Pyeongtaek, where agriculture and fishing were developed evenly from an early age due to the coexistence of a wide plain and sea.

Pyeongtaek, a symbol of abundance, focused on rice field farming rather than field farming, and the Dooresori Pyeongtaek farmer's song, which shared the hardship and joy of labor, was developed. In addition, large and small rivers merged from Lake Pyeongtaek and flowed into the west sea. At this time, the fishery developed with abundant fish due to the intersection of freshwater and seawater, and the sound of the boat, Fisherman’s Song, was transmitted. The funeral song is the sound of a bonus song that sends the dead to the underworld after releasing the regrets of this world. Like this, Pyeongtaekminyo, composed of farmer’s song, Fisherman’s song, and funeral song, is called Gyeonggi Intangible Cultural Property No. Designated as 48, it has been recognized for its excellence and historical value.

Pyeongtaek City is the southern region of Gyeonggi, adjacent to Anseong and Yongin to the east, Asan Bay to the west, Asan and Cheonan to the south, and Hwaseong Fortress to the north. Due to its relatively flat geographic characteristics, rice paddy farming has been developed since ancient times, and it has become a soil for the development of various kinds of agricultural labor songs and pungmul. Also, since it is located along the sea, songs related to fishing have also developed. 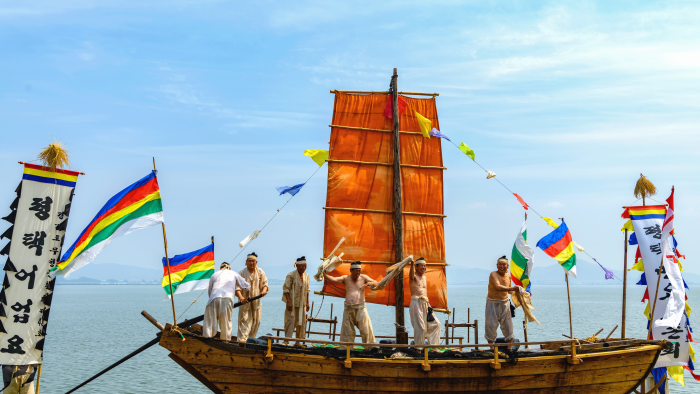 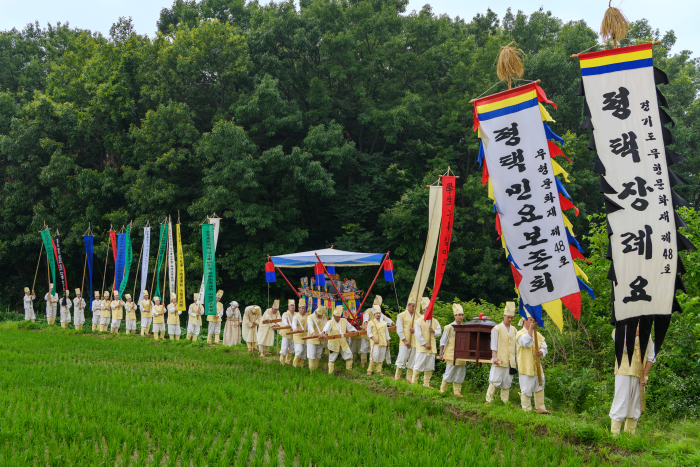 Folk songs from Suwon, Osan, Yongin, Yeoju, Icheon, Anseong, etc. located in the south of the Han River, including Pyeongtaek, are musically equivalent to the Menaritori scale. 'Menaritori' or 'Menaritori scale' refers to the melodic features commonly found in folk songs and samurai in Gyeongsang-do and Gangwon-do provinces, mi, (sol), la, do', re' and mi, la, do' 3 The sound is mainly used, ends in mi or la, there is a degeneracy that breaks down or differentially descends from re' to do', and mi is followed by a yoseong, and sol refers to a sound organizational feature that is shortly used when descending from la to mi Do it.

Pyeongtaekminyo is said to have musical characteristics of the Menaritori scale at a large scale, but since it is geographically located at the boundary between the northern Gyeonggi and Chungcheong regions, its detailed characteristics such as the type of sound and sound organization appear somewhat different. In particular, Fisherman’s Song is not only unique in the southern part of Gyeonggi-do, but has a very unique feature.