Showing the “sound” of Korea's modern and contemporary history

In October 2020, the GyeongGi Cultural Foundation (CEO Heon Kang) used the Pyeongtaek local cultural content “Pyeongtaek Sori” to show the regional theme of “Pyeongtaek” in the “Korean unique sound” and “Pyeongtaek Sori”. We have planned and created a space for various small-scale performances using'. Through the Korean Modern and Contemporary Music Museum, which captures the history and present of Korean national music, the City of Pyeongtaek will establish itself as a cultural arts city in southern Gyeonggi Province.

In the Korean Modern and Contemporary Music Museum project, the GyeongGi Cultural Foundation wanted to realize the core values ​​of a space in harmony with nature, a place to stay, and a space showing local culture. The composition of the space largely started as an outdoor space and expanded to the interior space on the third floor. The front yard of the outdoor space has been transformed into an open space, allowing visitors to relax and walk while looking at the Pyeongtaek Lake. On the third floor, which is an internal space, a cool window is created that looks like a Pyeongtaek lake. The structure that crosses the entire Sori Hall was conceived in the form of Haegeum to visualize 'sound'. The grid-shaped circular structure has architectural features that make it appear three-dimensional even from any point of view. In addition, it gave a sense of openness between the space and the space, and if you walk along the circular inner flow line, you can enjoy a special exhibition, and if you follow the outer flow line, you can experience a unique dual exhibition space where you can view a permanent exhibition. 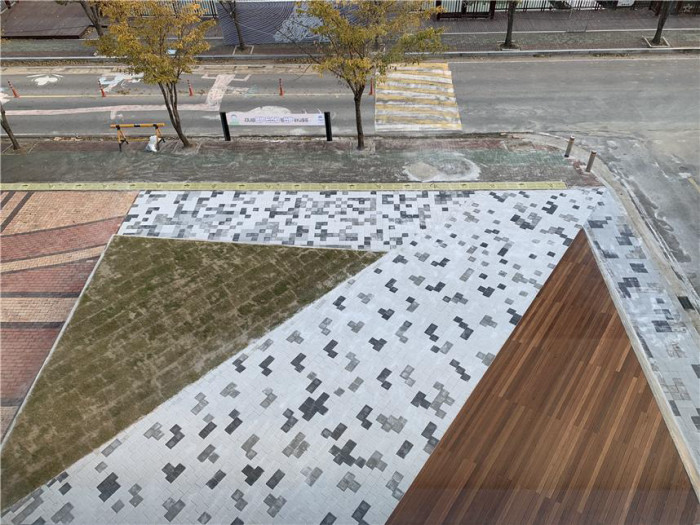 An official at the Korean Modern and Contemporary Music Museum says, “Music is made up of people's lives, memories, and ideologies.” The Korean Modern and Contemporary Music Museum in Pyeongtaek shows our music, the image of us that has changed in the flow of Korean history from the modern era. The GyeongGi Cultural Foundation planned and created exhibition spaces and performance halls, and Pyeongtaek City operates special and permanent exhibitions using contents about Korean folk music. The Korean Modern and Contemporary Music Museum will establish the identity of Korean music amid the globalization of Korean music, and will become the center of the educational field where you can experience and promote the sound culture of Korea. Furthermore, it is expected to play a role in introducing the sound of Korea to future generations as a bridge connecting the history and the present of Korean modern and contemporary music. 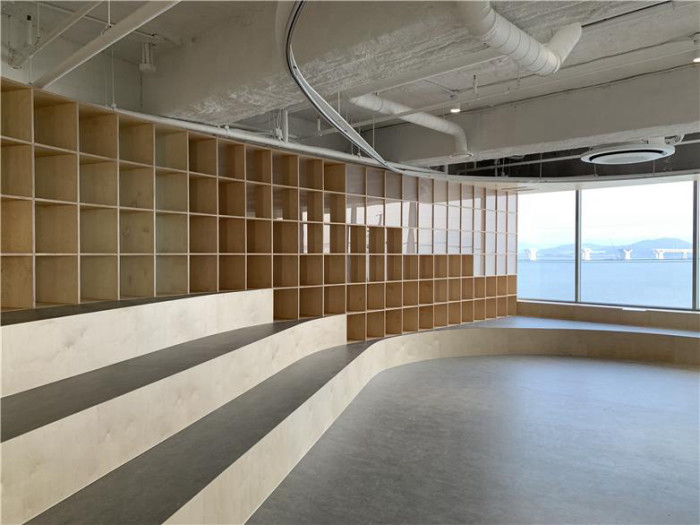 ▲ [Photo] Inside view of Korean Modern and Contemporary Music Museum

The core of the space planning of the GyeongGi Cultural Foundation is a space that harmonizes with nature, a space where you want to stay, and a space that shows local culture.

The “space in harmony with nature” secured a landscape that allows residents and locals visiting the Korean Modern and Contemporary Music Museum to view the “Pyeongtaek Lake” from any space. By transforming the stuffy landscaping space of the existing front yard into an open space, visitors can take a break while looking at Pyeongtaek Lake in an outdoor space. Even in the Sori Hall on the 3rd floor, a frameless window was used to provide a space free of visual obstacles to the people staying in the room so that they could see the ‘Pyeongtaek Lake’ coolly. Light coming through the windshield window surrounds the sound hall, giving it a warm and bright feeling. The Pyeongtaek Lake beyond the window will be harmonized with the work on the stage curtain, and will become the background of the stage by itself and another viewpoint of the Korean Modern and Contemporary Music Museum.

Interference lighting was installed in front of the window frame where natural light enters for the “space to make people want to stay”, and the light that permeates the space is made to show various shapes through the grid structure. Visitors will be able to see the exhibition and enjoy the leisure of life in a small performance hall.

The core of the “space that shows local culture” is the structure that runs across the entire Sori Hall on the third floor. This structure was designed reminiscent of the Haegeum performance in “Pyeongtaek Sound”. The overall shape of the structure is a modern interpretation of the shape of Haegeum, and the open grid-shaped wall, not the blocked wall, makes it appear three-dimensional at any point in time, and has a unique spatial division and architectural feature that gives a sense of openness. By visually expressing the auditory cultural content called ‘sound', the auditory and visual elements of the exhibition hall can be enjoyed at the same time. If you walk along the inner path of the circular structure, you can see a special exhibition, and if you follow the outer path, you can experience a unique exhibition space where you can see a permanent exhibition. 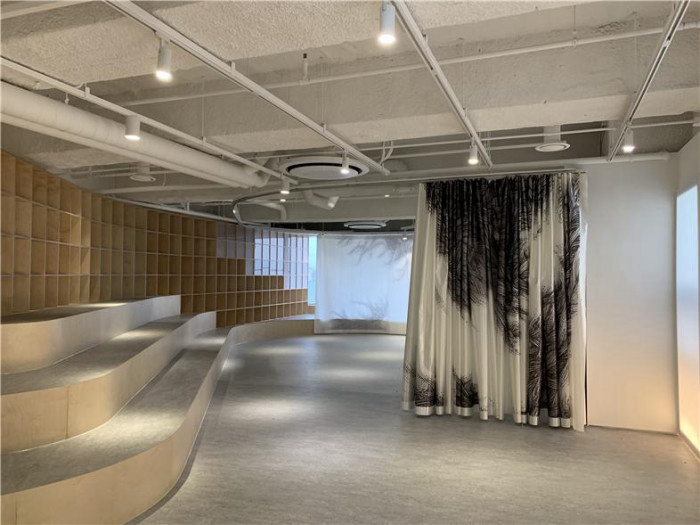 ▲[Photo] Curtain of the concert hall with contemporary landscape paintings

At the Korean Modern and Contemporary Music Museum, the works of two contemporary artists naturally melt into the space. Artist Taeyoung Jang has been working on a project in which contemporary art melts into life through various public art. At the Korean Modern and Contemporary Music Museum in Pyeongtaek, a contemporary landscape painting of the Pyeongtaek Lake outside the window was produced using the curtains of the performance hall. It is not a blackout curtain to cover stage performers, but a work that harmonizes space and nature. Artists say that abstract lines, such as the melody of music, spread out like a touch of an ink painting, giving a landscape of Lake Pyeongtaek.

The project group gallery house (Byeonnaeri, etc.) installed on the wall of the building visualized the 'Pyeongtaek sound' using the exterior walls of the building. The dancing figures are abstracted in a modern sense, and a single light is gradually expanded to form a lighting system. It is a simple exterior wall during the day, but at night when darkness sets in, kinetic art works that move along with the surface of Lake Pyeongtaek unfold.