We live on the ground. The land is dirt. They lean on the soil and live by farming and building houses. How is the soil made? The answer is that the earth is a huge rock mass. The stones break and become dirt Rock becomes gravel, gravel becomes sand, and sand becomes soil again. This is a very time-consuming process. The soil is useful only when it is accumulated to some extent. The river water carries dirt and accumulates, and sometimes it flows down and accumulates from the foot of the mountain. And the wind also brings the soil.

Soil that is carried away by the wind is fine sand with very small particles. So it is called yellow sand. Yellow sand made in glaciers or deserts flies very far in the wind. When this yellow dust accumulates millions of years, it becomes a very thick layer of loess, also known as loess. The loess plateau in the middle of the Yellow River in China contains over 100 meters of loess layers. In the Paleolithic ruins of Korea, a clay layer formed by accumulation of yellow dust from China is also confirmed. From this clay layer, a fist ax and a snippet are also found. It is not an exaggeration to say that the Paleolithic relics of Korea are buried in sedimentary layers of yellow dust. 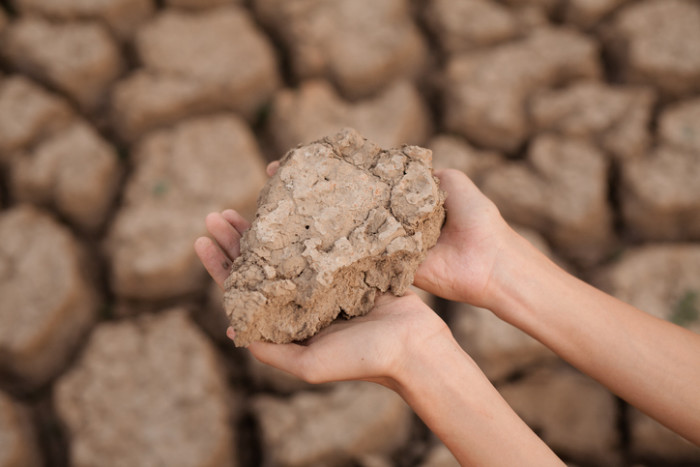 Yellow sand spreads differently depending on the strength of the wind. If you look at the satellite image of the yellow dust that originated from the Yellow Clay Highlands in China and pushed into Korea in a strong wind, you can realize the power of global nature once again. The yellow dust flying from China would have been a headache for the people of the Paleolithic period on the Korean Peninsula. It's not difficult to imagine the Paleolithic people wandering for something to eat in the dense dust of yellow sand that is hard to see. This is because there are many days that our daily life begins and ends in dense dust.

In these days, the term ultrafine dust appeared. Of course, it is a distinct term from yellow dust. The cause is also a little different. Ultrafine dust can be pushed into the Korean peninsula even by winds that are weaker than the winds that blow away yellow dust. Moreover, it is clear that various pollutants are mixed there. In addition to natural substances called yellow sand, various harmful substances made by humans are mixed and pushed to Korea along the air flow by the global atmospheric system. There is no way to avoid the air attack of ultrafine dust until it returns to the pre-industrial society. It is impossible to put curtains on the west coast. Borders are meaningless. So, for environmental issues, peaceful cooperation between countries is of paramount importance. You blame me blame The debate is exhausting.

We hope that this spring's fear of terrible ultrafine dust will be a decisive moment to recognize the seriousness of the environmental problem once again. Hiromitsu Yoshikawa's warning comes to mind that “the earth is the stage for a huge slaughter”. Earth does not wait for environmental destruction. There is only a time difference between when to extinct. Even the smallest scratches eventually rot the entire apple. Pray that the Green Star Earth will not become a rotten apple.