'I have an idea. When the hong-si opens, it reminds me of a crying mother. I remember my crying mother, who gave me her breasts instead of a lullaby.'

This is the first verse of the song 'Hongsi' sung by Na Hoon-ah. The lyrics expressing the mother's desperate love for soothing the crying child as if he were careless, harmonizes well with Na Hoon-ah's scream, and is a song that hums a lot around this time of year.

The role of motherhood in the process of human evolution was great. The pelvic structure of mankind, who chose to walk with two feet as a survival strategy that adapts to the changing environment, has evolved to be advantageous for walking with two feet, but instead the birth rate at which mothers give birth to children has been narrowed. Moreover, as our heads became larger and larger in the course of evolution, the process of giving birth to a child with a large head with a narrowed birthplace became the pain of survival that mothers must bear.

The process of squeezing through the narrowed birth canal with a large head was a dangerous moment for both mother and baby. The sacrifice and love of a mother who endures the pain that transcends this death, and a strong bond with her children who share this pain were the driving force of human evolution. That is why Mother was chosen as the most beautiful word in the world, and it is natural that there are far more songs about mother's love than father's love like Na Hoon-ah's “Hongsi,” and there is no reason for fathers to be disappointed. 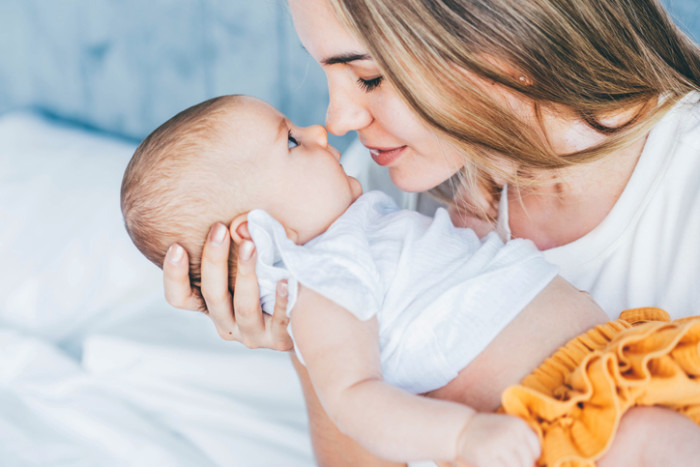 Not long ago, a research team at the University of Bristol in England analyzed the composition of materials left in pottery found in infant graves and found that humans have fed animals' milk to infants from prehistoric times about 5,000 years ago, using containers like today's baby bottles. . As a result of research that provides important information on child rearing, such as breastfeeding and milking in prehistoric times, it is a truly remarkable research achievement made by archeology through science. I think that prehistoric children ate baby food by holding this pottery tightly with both hands and holding it in their mother's arms, so you can feel the extreme devotion of prehistoric mothers who wanted to raise their children well.

Even the grave of a child who is nicknamed a child wearing a squirrel fur found in Arene Candide, Italy, overflows with the love of loving prehistoric parents. In the Late Paleolithic Age about 25,000 years ago, when a 6-year-old child died one day, his mother and father caught dozens of squirrels, cut off their tails, made a fluffy cloak, and buried them well. A stone-made xylophone and a shell-like toy were placed beside the child's bed. Looking at the remains of this child, which has been carefully sprinkled with red soil, it seems as if you can hear the sad voice of a mother who is leaving her beloved child. Since I started walking on my two feet millions of years ago, my mothers' love has been the same.

It is a world that is murky and harsh day by day that it is difficult to express with the word suspicious times. Be behind in the tough world. It hurts because of love. It is such an autumn day when I miss my mother who was crying with tears just thinking about it.