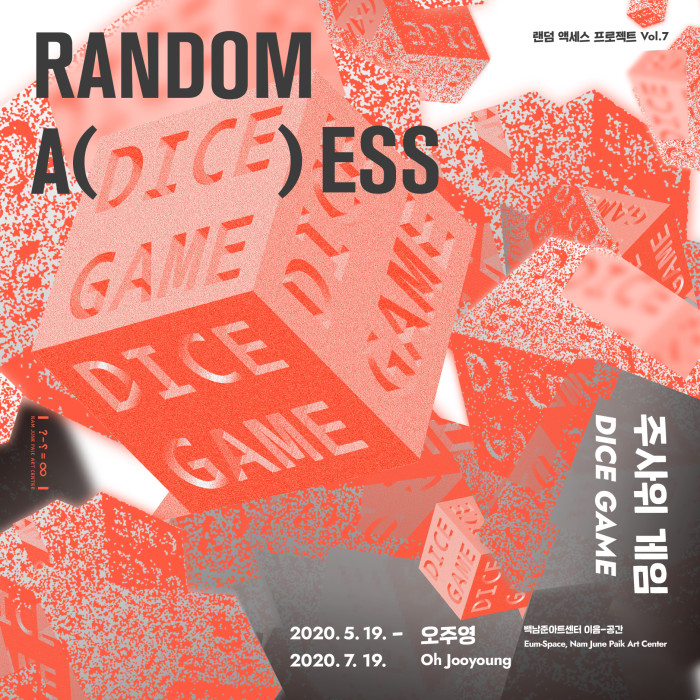 Today, our everyday life is surrounded by numerous outcomes of scientific research. People believe in and rely on scientific facts and even look for hope for the future of mankind in scientific advances. However, it is almost impossible for the public to deeply understand scientific accomplishments, diverse and complicated. Our understanding of science is mostly at a superficial level and the majority of people’s faith in science is almost blind. Based on her own experiences as an artist as well as a researcher Oh points out that the basis scientific truths are founded on is not as solid as our expectations. According to the artist, a scientist’s research and experiment are close to probabilistic adventures carried out repeatedly to approach a targeted goal. It is like a dice game that one endlessly repeats with hope in mind. At times, a dice is cast on to an inclined ground regardless of the intention and we only get the wrong result in this case. Oh takes a look at what we lose in a so-called “scientific process” and raises questions about the overwhelming position of scientific truth. In the Random Access Project Vol. 7, Dice Game, Oh presents two works. Her new work titled Hope for the Rats is composed of a video game and records of failure that researcher P experienced. While experiencing artwork, visitors are naturally encouraged to recall the incomplete foundation that scientific truths are rooted in. Another work BirthMark deals with an artificial intelligence (A.I.) that has the capacity of appreciating works of art. It implies there is a human realm that can be hardly explained through scientific methodology like what the “birthmark” in a short story of the same title symbolizes.

1. Hope for the Rats

Scientific discovery is a result of many failures. Therefore, a scientist’s research and experiment are inevitably repetitive work based on hope and a sense of duty. Such a scientific methodology cannot guarantee a significant outcome and is sometimes involved in destructive acts in the process. Hope for the Rats is comprised of a video game and records of failure that researcher P experienced. Visitors are invited to become the subjects of researcher P by the process of going through symbolically implemented stages while manipulating laboratory rats in the game. P’s efforts to produce rats with diabetes do not come to fruition, leading to sacrificing a number of rats regardless of the results of experiments. Repeated failures that visitors are bound to experience during the course of playing the game are reminiscent of the imperfect basis on which scientific truths are founded.

2. BirthMark: An artificial viewer for appreciation of digital surrogates of art 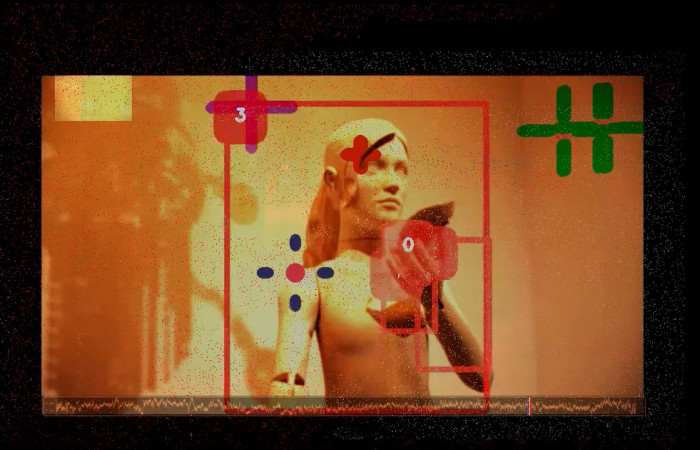 ▲ Oh Jooyoung, BirthMark: An artificial viewer for appreciation of digital surrogates of art, 2020

In BirthMark, human cognitive process of appreciating artwork is defined in three stages: “camouflage,” “solution” and “insight.” In other words, understanding the intention (solution) from hidden images (camouflage) and realizing its meaning (insight). Watching the archive video clips featuring different works by 16 artists, the A.I. in BirthMark tries to appreciate works of art in a similar way to humans. YOLO9000, an object detection system, tracks objects in the images of the works, while ACT-R, a cognitive architecture designed to mimic the structure of the brain, reads and perceives them. The A.I.’s process of recognizing works is shown in the video and the keywords of the works found in this process appear on a small screen. At the same time, an old slide projector shows what the A.I. understands semantically about the artists’ interpretations of their own work. The A.I.’s cognitive process seems to be similar to the human act of appreciating art at a glance. But in reality, the keywords that it accurately analyzes from the images are only 2 to 5 out of 300 words. The more abstract the work is, the worse the A.I’s intelligibility gets. As the “birthmark” in a short story of the same title by Nathaniel Hawthorne represents, BirthMark implies that there is a realm of humans that can be hardly explained through scientific methodology.

Oh Jooyoung is an artist as well as a researcher working on artificial cognitive models. She majored in visual design at College of Fine Arts of Hongik University, and earned a master’s degree and is in a PhD course at the Graduate School of Culture Technology, KAIST. Her two interdisciplinary areas are visual design and engineering. From the perspective of a scholar she has studied simulations of artificial cognitive models with an interest in the human visual cognitive process. Also, from the viewpoint of an artist she constantly questions the limitations of scientific technology. The artist is interested in exploring the identity of individuals and ways of thinking, particularly using a scientific methodology that is considered to deal with the most objective facts. She was chosen for in the ArtLab by Lee Ungno Museum (2017) and the Da Vinci Creative by Seoul Foundation for Arts and Culture (2019) for her work exploring the interface between technology and art. She recently won the IEEE Brain Prize at BR41N.IO Designers Hackathon at Ars Electronica 2019 for a design of wearable EEG headsets.

Nam June Paik Art Center begins the 2020 edition of the Random Access Projectthat looks at new trends of contemporary media art and rising artists who share Nam June Paik’s artistic experimentality. Its title “Random Access” originates from Paik’s work presented at his first solo exhibition Exposition of Music — Electronic Television (1963). In Random Access, strips of audio cassette tapes taken out of the case are randomly attached to the wall and visitors can produce sounds of their own using a magnetic head. With such keywords as improvisation, indeterminacy, interaction and participation derived from Paik’s work, the Random Access Project has showcased 6 selected artists (or teams) for the past two years. Three artists—Oh Jooyoung, Shin Seung Ryul and Ham Hye Kyung—were selected this year.